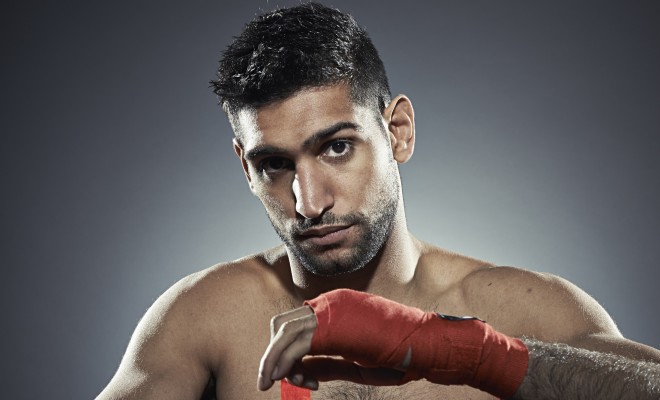 Amir Iqbal Khan better known as Amir Khan is a British professional boxer born on December 8, 1986 on Bolton, Lancashire, United Kingdom. He was raised in a Punjabi Rajput family with roots in Matore village of Kahuta Tehsil, located in Rawalpindi district of the Punjab, Pakistan. Amir Khan began his boxing Career at the early age of eleven.

He has been rated in Lightweight, Light-welterweight, Welterweight and Middleweight. Out of 35 professional boxing games he have won 31 matches(as of June 2016). Khan have achieved 19 knockouts in the 31 victories while was knocked out 3 time in four defeats.

Khan has two sisters and a younger brother. His brother Haroon is also a professional boxer. There are barely any rumours about Khan being in relationship other than his wife Faryal Makhdoom. Faryal was a Pakistani-American student. Khan got engaged with faryal on 29 January, 2012. The couple finally married on 31 May, 2013 at New York City. After one year, they had their first baby, a daughter named Lamaisah.