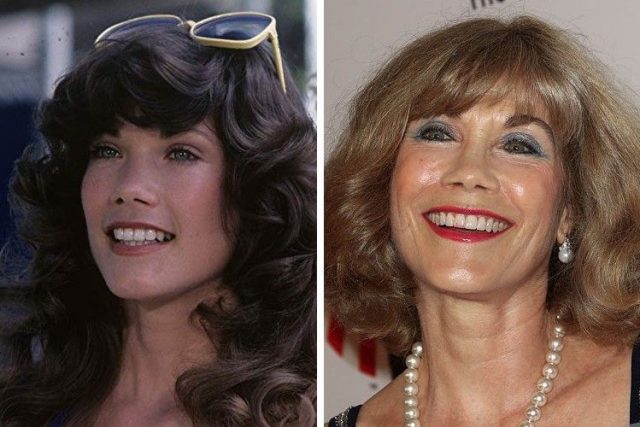 Barbi Benton has an hourglass shaped body. Below is all her body measurements including height, weight, shoe size, dress size, bra size and more!

Barbi was born January 28, 1950 in New York City into Jewish family. At the age of 16, young Benton already started with modeling to earn some extra money. And right after becoming 18, she undressed for Playboy magazine. It brought her bigger reward than for others since she eventually dated Hugh Hefner himself. After breaking up with him, Barbi married real-estate developer George Gradow and gave birth to their two kids. They are still married today and reside in their two upscale mansions in Aspen and Los Angeles.

I considered Hef a one-woman man.

What I don’t like is the way people automatically think I am a kept woman, that he pays my expenses. This puts me in a rage. I’ve always paid my own way, even while living in his mansion. I’ve kept an apartment of my own. In fact, I not only buy my own clothes, but many of Hef’s, too – he just hates to shop.

It’s a hindrance in trying to get a serious acting role. The minute a producer has a script and my name comes up, they immediately think of ‘Playboy,’ ‘Hee Haw,’ ‘Fantasy Island’ and ‘Love Boat.’

At 35 women are at the bottom level of middle age but we can look like we are absolutely in our prime. Even if you’re badly out of shape, you can put yourself in good shape in two years, maximum.