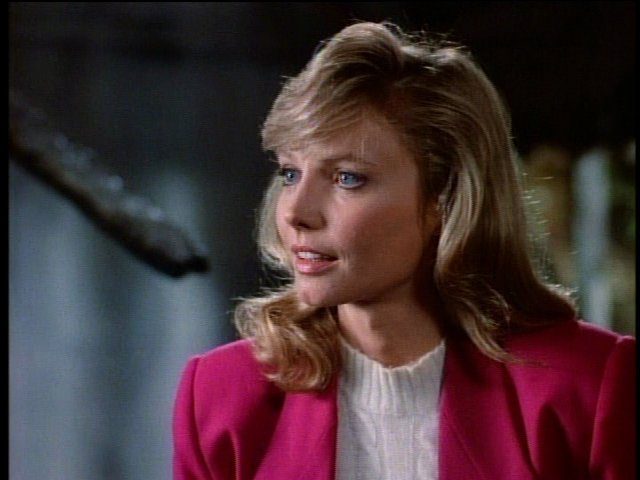 Cindy Morgan has a hourglass shaped body. Below is all her body measurements including height, weight, shoe size, dress size, bra size and more!

Cindy was born September 29, 1954 in Chicago, Illinois into the family with Polish and German ancestry. She earned a college degree in Communications at the Northern Illinois University. After working for different radio stations and at auto shows, Morgan became an actress in a surprising career twist. Caddyshack brought her fame and many other roles. She is involved in several charities that are helping military families.

“It’s always great to see one of the actors I’ve worked with from ‘Caddyshack’ and ‘TRON.’ I run into them occasionally at events.” (Cindy Morgan)

“The geeks shall inherit the earth – I’ve always said that.” (Cindy Morgan)

“Men think they already know me. But as they get closer and closer, they become that 14-year-old again. A lot of men do stammer and blush a little bit.” (Cindy Morgan)

“I did two films that have a great following. One is ‘Caddyshack,’ one is ‘Tron.’ To tell you the truth, most people don’t know that it’s me in both films.” (Cindy Morgan)

“I did one of the ‘Amazing Stories.’ That was the first time I got to play a character who was a dumb blonde. I actually channeled Judy Holliday.” (Cindy Morgan)