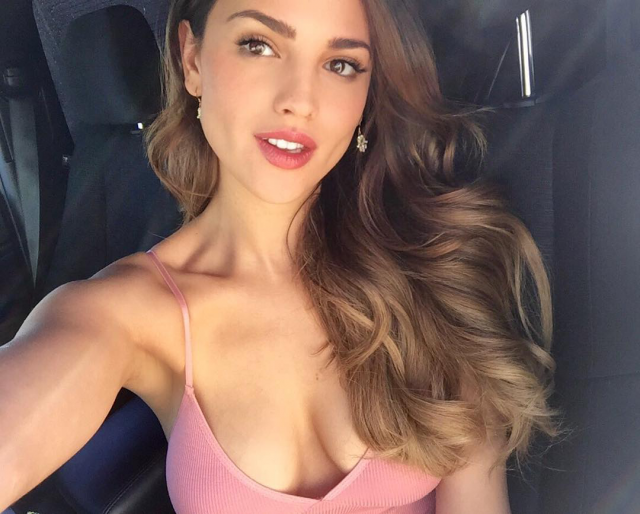 Eiza Gonzalez has a banana shaped body. Below is all her body measurements including height, weight, shoe size, dress size, bra size and more!

Eiza was born January 30, 1990 in Caborca, Mexico. Her mother is a former Mexican model, Glenda Reyna. So it’s no surprise that Eiza inherited her beauty. Gonzales suffers from Attention Deficit Disorder. In 2013, young Eiza moved to Los Angeles and started dating actor Liam Hemswort. While the couple broke up, her career really speed up in Californian movie hub. She’s now starring as Santanico Pandemonium on horror TV series From Dusk till Dawn.

All Eiza Gonzalez’s body measurements including for example shoe size, height and weight.

This sounds crazy, but I was born in the fashion industry. So, I probably wore heels by the age of two. When I was two, I would steal my mom’s heels.

My mom was very much alpha. I admired her because she was the working mom on the go. She’s such a boss. She’s an OG, as they say.

I love written books and novels, but I really love graphic novels and comic books!

Never suntan! Ten minutes in the sun on a daily basis is good to get vitamin D, but sun tanning is terrible for your skin. It dehydrates your skin, creates sunspots, and can give you skin cancer.

It blows my mind – whenever you’re stuck in one place, you think this is how the world is, and then you walk out and see there’s so many layers to everything.