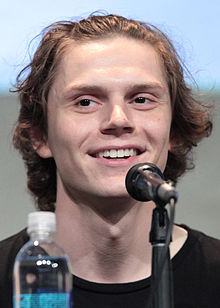 Evan Peters is an American actor. He made his acting debut in the 2004 drama film Clipping Adam and starred in the ABC science fiction series Invasion.