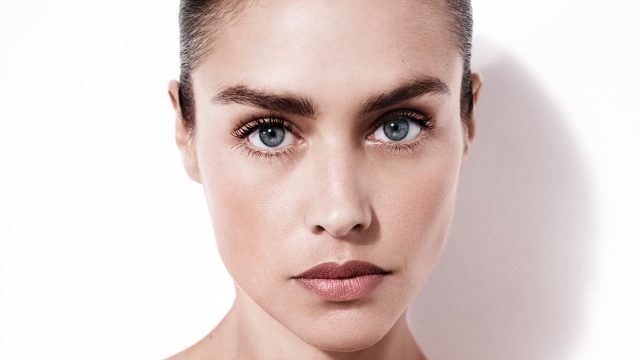 Hannah Ware has a banana shaped body. Below is all her body measurements including height, weight, shoe size, dress size, bra size and more!

Hannah was born 8 December 1982 in South London, UK. She played in several movies, such as Cop Out, Shame, and Oldboy. 2015 is a great year for her. She’ll appear as Katia van Dees on action comedy movie Hitman: Agent 47. When she posed for Esquire in 2012, she modeled wearing only sheer nightgown that showed her greatly shaped legs. She could be easily a lingerie model.

I was embarrassed about modeling. When you’re at school and you’re modeling, it sounds very glamorous, but I didn’t want to do things that no one else was doing. I didn’t want to be the odd one out. I wanted to be part of the gang.

‘Mixtape’ sounds retro! I used to make lots of mixed tapes. It was one of those ’90s things – every girl gave them to her best friend. I remember exchanging a few with a boy on a bus when I was 14. I thought he hated me, but in hindsight, maybe he was in love with me, because he gave me the best music.

My sister, singer Jessie Ware, and I are always exchanging music. We brainstormed her wedding playlist for months.

My sister’s a singer, and she’s on Twitter, and she has millions of followers. I wonder how that helps her. I think it does to an extent. I think she gets free things.

Something like your parents divorcing never quite leaves you. What you thought was real isn’t real anymore, and that changes your perspective. It makes you more wary but also means you are better equipped to deal with challenges.