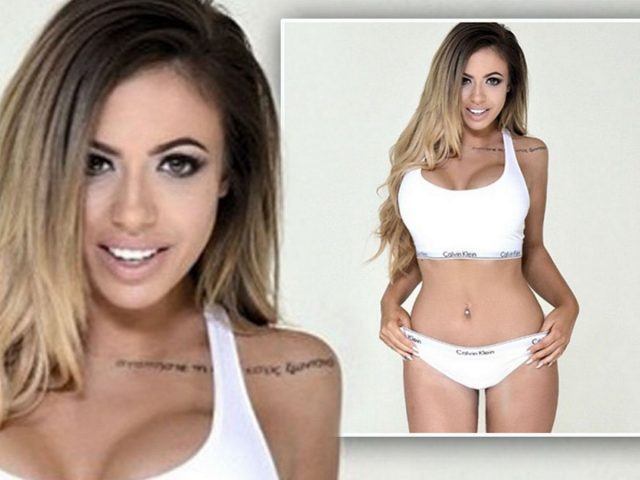 Holly Hagan has an hourglass shaped body. Below is all her body measurements including height, weight, shoe size, dress size, bra size and more!

Holly was born 7 July 1992 in Thornaby-on-Tees, England. Holly is TV personality famous for her appearance in MTV series Geordie Shore. Holly also posed for many magazines such as Nuts, OK! and Heat. In Nuts Holly was photo-shooting with co-star Vicky Pattison. There has been also link between Holly and the former X Factor contestant Frankie Cocozza. Holly is interested in music and last summer (2014) she made remix of the song “Milkshake” that appeared at the track list of Clubland 25.