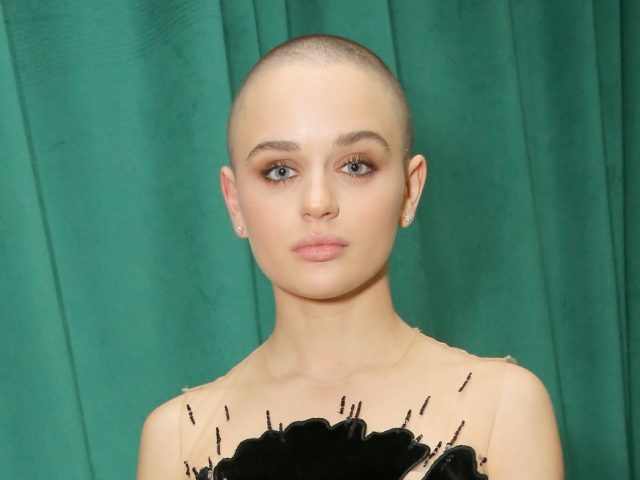 Joey King has a hourglass shaped body. Below is all her body measurements including height, weight, shoe size, dress size, bra size and more!

Joey was born July 30, 1999 in Los Angeles, California and since early age played in various commercials. Later, she appeared for example in Battle: Los Angeles, The Conjuring, and Stonewall. Most recently, King played Elle in The Kissing Booth. This Netflix movie paired her romantically with a fellow actor Jacob Elordi. After they met on the set, they started to date in the real life as well. Her boyfriend is way taller than Joey and nicely muscular.

“Don’t get discouraged from all the rejection.” (Joey King)

“I’m usually always a big fan of the people that I’m working with, because I get to work with big people.” (Joey King)

“Both my sisters and I were in Stage Door plays, and we did that together, just in, like, little small plays together. And we did that, and it was really fun, and we kinda did commercials, and it kinda took off from there. It was great; it’s what I love.” (Joey King)

“I love Jessica Chastain. I love her; she’s amazing, and she’s such a good actress, and she’s been nominated for Oscars, and she’s just a big role model to me. I love her.” (Joey King)