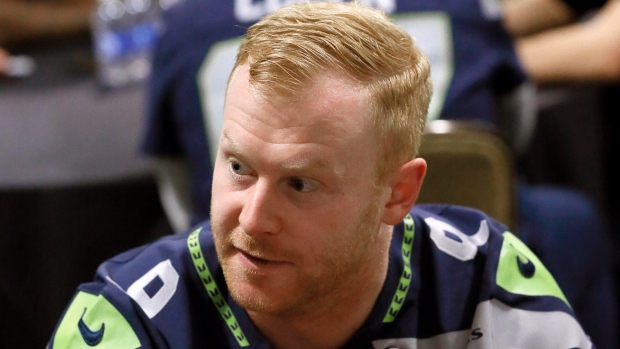 Jon Ryan Net Worth: Jon Ryan is a Canadian football player at the punter position for the Seattle Seahawks of the National Football League. As of July 2016, Jon Ryan Net Worth is estimated to be around $12 million.

Born and Raised in Regina, Saskatchewan, Ryan attended Sheldon-Williams Collegiate for high school, where he played as running back, placekicker and punter on school’s football team. After, then he joined University of Regina, where he played both punter and wide receiver for Regina Rams football team from 2000-2003.

Jon Professional career started in 2004 when he was selected with the 24th overall pick in the third round of 2004 Canadian Football Draft by Winnipeg blue bombers. In his first season, he led the league with a 50.6 yard average while also punting the most out of all league punters 118 times. He caught the eye of NFL and in January 2006, he signed a contract with NFL’s Green Bay Packers. In 2007, Ryan kicked a 72 yard punt in the fourth quarter, the longest punt at Lambeau Field since 1965. In 2007 season, Jon posted a net average of 37.6 yards. His gross mark of 44.4 was the fourth best in club history.

Despite playing one of the best season in 2007 with Green Bay Packers, he was released from the team in Sept 2008 and he was signed by the Seattle Seahawks a week later in 2008.