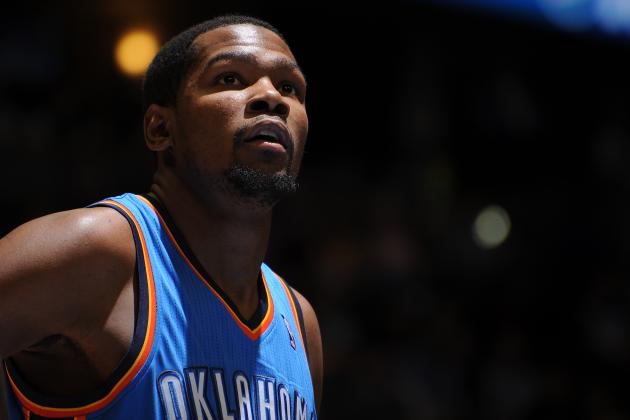 Kevin Wayne Durant famously known as Kevin Durant is an American Professional Basketball player for the Oklahoma City Thunder of the National Basketball Association (NBA). Kevin was born on September 29, 1988 in Washington, D.C., United States. He plays the small forward position for Thunders.

Durant has been selected to six All-NBA teams and seven All-Star teams. Furthermore, He has won an NBA Most Valuable Player Award, four NBA scoring titles, the NBA Rookie of the Year Award, and an Olympic gold medal.

He started his college basketball at University of Texas where he played for one season. Afterwards, he was selected by Seattle SuperSonic in the second overall in 2007. This team by relocated in the following year and became Oklahoma City Thunder. He led his team to  2012 NBA Finals Kevin Durant measures 6 feet and 9 inches or 206 cm. This elevated height makes him a dangerous jump shooter in NBA. His body is athletic build and weighs 109 Kg or 240 lbs.