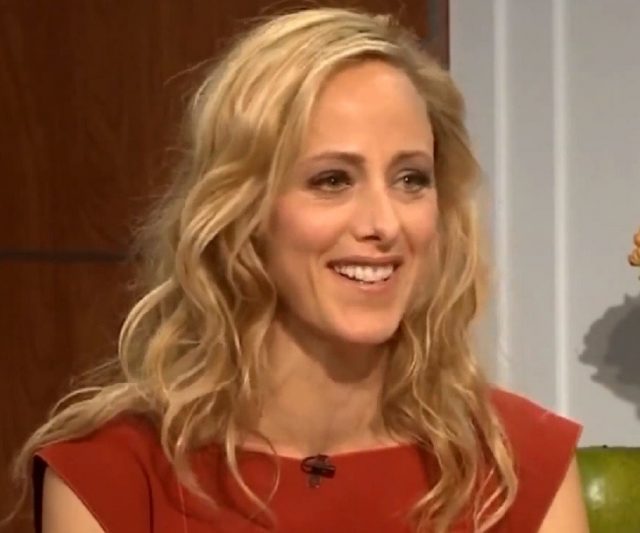 Kim Raver has a banana shaped body. Below is all her body measurements including height, weight, shoe size, dress size, bra size and more!

Kim was born March 15, 1969 in New York City, New York. She earned her Bachelor of Fine Arts degree in drama at the Boston University. Investing in the education apparently paid off since Raver became increasingly famous over the years and appeared in numerous movies and TV shows. Let’s mention for example Grey’s Anatomy from hospital environment and Night at the Museum. In 2000, Raver married Manuel Boyer. She gave birth to their to sons, Luke and Leo.

“We always have dinner together as a family – even when our schedules are totally hectic. I inherited that from my mom, who would come home from her ad agency job to eat with us before going back to work.” (Kim Raver)

“Maybe because I didn’t have a huge film career right off the bat, I’ve been able to create something different, which is so important to me. That’s myself, my idea of who I am.” (Kim Raver)

“I had this roommate in college who would get up almost 2 hours before class to do hair and makeup. That’s not for me.” (Kim Raver)

“When you live in America, it’s kind of insular – the news coverage that you get – unless you’re really smart about it and find more international news coverage. I’ve learned that from my husband. In the French culture, they talk politics.” (Kim Raver)

“When I started ‘Third Watch,’ I knew I was going to be with the firefighters and lifting, so I was doing yoga, running, and swimming – all at the same time. I didn’t have a kid then. Now I don’t have time for that. I want to spend time with my son and my husband, so it’s mainly just yoga now.” (Kim Raver)