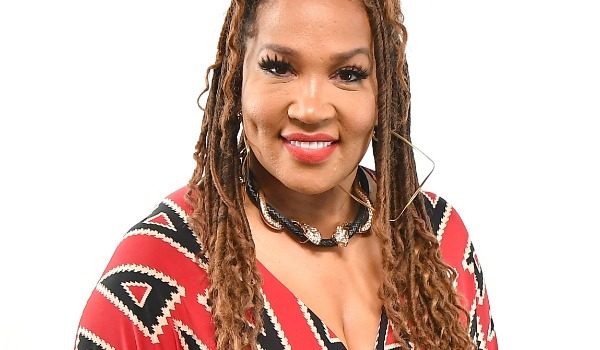 Kym Whitley has a hourglass shaped body. Below is all her body measurements including height, weight, shoe size, dress size, bra size and more!

Kym was born on June 7, 1961 in Shaker Heights, Ohio. She studied at the Fisk University. In early 1990’s, Whitley started to appear in small roles in various TV shows. Later, she starred in movies like College Road trip, Black Dynamite, or 35 and Ticking. Although she is not married, Kym decided to adopt a son.

“After my episode of ‘Curb Your Enthusiasm’ ran, Larry David and JJ Abrams were like, ‘I discovered her,’ but I was like ‘Hold up. Please. I’m from ‘Next Friday.’ Everybody knows me!'” (Kym Whitley)

“It feels like I’m in a swimming pool, and I am constantly trying to stay above water. Sometimes I feel like I’m slipping, and you try to come up for air, and that’s how it is when looking for the next role.” (Kym Whitley)

“So many people are busy working now, but we need to go back to the old days when grandma and the neighbors helped raise the children, and we were all the better for it.” (Kym Whitley)

“A woman is a woman. A woman has male problems, has job problems, and I think funny is funny.” (Kym Whitley)

“I’m always fighting with profanity and Christian comedy. I’m telling you, it’s always a fight. Because my father said to me, he said, ‘Well, Kym, I feel like comics and people that use profanity, you have a lack of vocabulary, actually, a whole lot.'” (Kym Whitley)