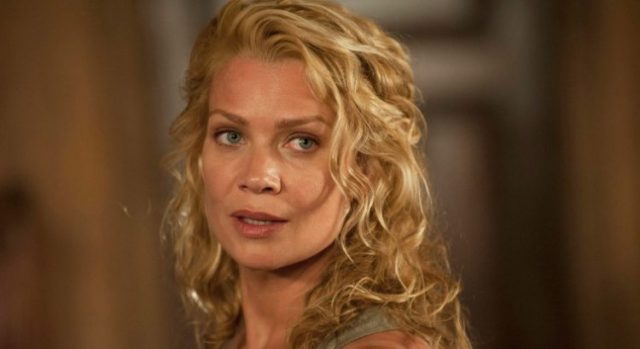 Laurie Holden has a hourglass shaped body. Below is all her body measurements including height, weight, shoe size, dress size, bra size and more!

Laurie was born December 17, 1969 in Lancaster, California but grew up in Toronto, Canada. As a result, she holds dual citizenship. Holden studied economics and political science at McGill University but later transferred to University of California and changed her major to film and theatre. Time proved this to be the right decision for her. Holden starred in movies like Physical Evidence, Fantastic Four, and Silent Hill. There is not much known about her love life but media speculate that she dated (or at least had a hookuped) Jim Carrey and Norman Reedus. This rumors were probably stirred by their appearance together on the screen but there still might be some truth to them. As of 2018, Holden is most likely single.

“I think women are amazing and women’s friendships are like a sisterhood and we should see more of it in television and film.” (Laurie Holden)

“I’ve had a quite a few nightmares about being chased by walkers.” (Laurie Holden)

“I don’t want my tombstone to say actress. I want it to say human being.” (Laurie Holden)

“It’s a little daunting to know you’re going to take off your clothes and 16 million people are going to see it. It’s not a normal day at the office.” (Laurie Holden)