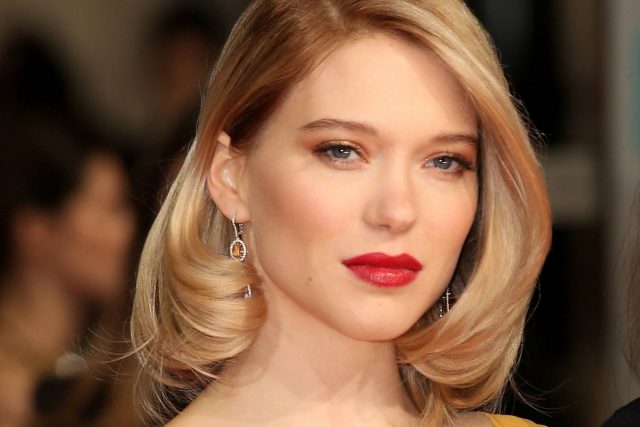 Lea Seydoux has an hourglass shaped body. Below is all her body measurements including height, weight, shoe size, dress size, bra size and more!

Lea was born on July 1st, 1985 in Paris, France. Although having a strict Protestant upbringing, Seydoux didn’t grew up into a religious person. On the contrary. Her career takes credit for Lea not having the problem with nudity at all. At early age, Lea studied music at the Conservatoire de Paris, pursuing a career of opera singer. Strangely enough, one of the main reason why she quit was her shyness. But couple years later, new dream career enchanted her – becoming an actress. Being shy obviously slowed down her progress also here but she persisted and received her first role in 2006. It took two more years before young Seydoux (23 years old at that point) gained the valor to undress in front of the camera. Her role of Junie de Chartres, The Princess from Cleves, opened her new opportunities.

All Lea Seydoux’s body measurements including for example shoe size, height and weight.

I don’t really wear makeup every day. I feel like being an actress – we wear a lot of makeup – but when I am not working, I need to let my face breathe and be very comfortable.

I would love to take more risks – have pink hair – but it doesn’t look right on me.

I’m not as beautiful as a model.

Actually, I started to become an actress because I met someone who was just a friend and I found his life wonderful, I thought, Oh my god, you can travel, you’re free, you can do what you want, you’re the boss. And then I met an actor and I was in love with him.

I don’t like modernity. I don’t have television or the Internet at home. The Internet scares me. I can’t drive a car.