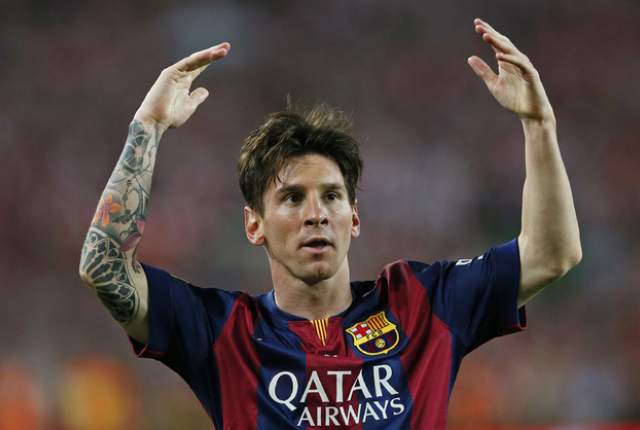 Lionel Messi is an Argentine professional soccer player who plays as a forward for Football Club Barcelona. Lionel Messi is the only footballer to win five Ballon D’or award. Lionel Messi Salary and Net Worth Lionel Messi announced his retirement from International football on June 27, 2016 after the Copa America final defeat against Chile. Lionel Messi and his Argentine team mates Javier Mascherano, Lucas Biglia, Ever Banega, Ezequiel Lavezzi and Angel Di María are also retiring according to the media reports in South America.

“This is a difficult moment. Tough to make analysis. I thought about it in the locker room and think national team career is over for me. This is not for me.” – Lionel Messi after losing the Copa America final. Messi was one of the penalty takers to missed in the shootout, followed by goal less draw.

Lionel Messi is living with his partner Antonella Roccuzzo. They have a son named Thiago Messi.

Lionel Messi Argentina Stats: Lionel Messi had played 136 matches for Argentina before the retirement announcement. he had scored 71 goals in those matches.

Lionel Messi Barcelona Stats: Messi has scored 464 goals for Barcelona in the 563 competitive matches for the Club.