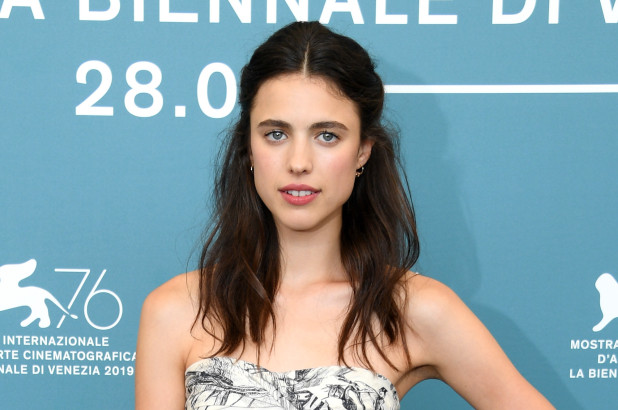 Margaret Qualley has a banana shaped body. Below is all her body measurements including height, weight, shoe size, dress size, bra size and more!

Margaret was born October 23, 1994 in Kalispell, Montana into the high profile family of successful Hollywood actress and male model. As a teenager, Margaret studied ballet and earned an apprenticeship at American Ballet Theatre. Thanks to her slender figure and charming face also got several jobs as a model, for example for Chanel catwalk.As an actress, Qualley appeared in The Leftovers, Death Note, and IO. In 2018, media brought rumors about her dating Brad Pitt who is way more older than her. But it was never confirmed. Previously, Nat Wolff used to be her boyfriend. But as of right now it looks like she might be enjoying single life. She lives in LA with her sister and rescue dog Books.

“Ballet can be grueling, for sure, but it gives you a certain discipline.” (Margaret Qualley)

“‘The Leftovers’ takes place three years after 2% of the population has gone missing. And it’s about how that changes society. Cults form as a result, and it drastically changes home life for a lot of people, including the Garvey family, which is the family I belong to.” (Margaret Qualley)

“I like a bohemian floral dress, but then I’ll throw on a leather jacket or a pair of lace-up boots to give it an edge. My mom is always trying to get me to wear really sweet clothes. Something pink. But that’s not really my look.” (Margaret Qualley)

“I guess I gravitate towards stories that I like and directors that I want to work with, and I hope that it works out.” (Margaret Qualley)