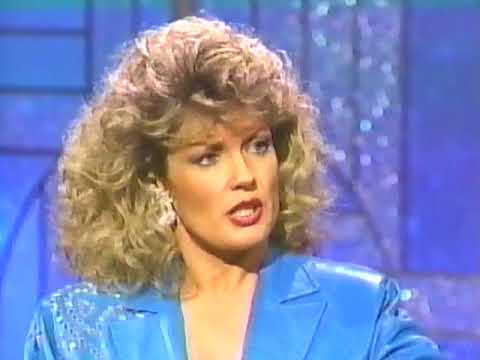 Mary Hart has a hourglass shaped body. Below is all her body measurements including height, weight, shoe size, dress size, bra size and more!

Mary was born November 8, 1950 in South Dakota. She earned her degree at the Augustana College. Her TV career started on Nebraskan local television station. Besides hosting various shows, Hart also played small roles in soap operas and appeared in commercials. Most people know her as a host of Entertainment Tonight.She married her first husband Terry Hart in 1972 but they divorced few years later. In 1989, Mary found a second husband in TV producer Burt Sugarman. They are still together nowadays. They own two huge mansions in Montana and a vacation house in Palm Desert, California. Hart is involved in several charitable causes, including Edith Sanford Breast Cancer Initiative.

“As journalists, we keep pushing and pushing.” (Mary Hart)

“At these award shows, I love to see what people are going to wear.” (Mary Hart)

“I am actually wearing slacks on the show more than I ever have – it is now acceptable, and I like mixing it up.” (Mary Hart)

“I can’t think of a major story that we have broken that was incorrect. But we have had to correct some things that were false; we have had to retract things.” (Mary Hart)

“I honestly, sincerely love what I do.” (Mary Hart)