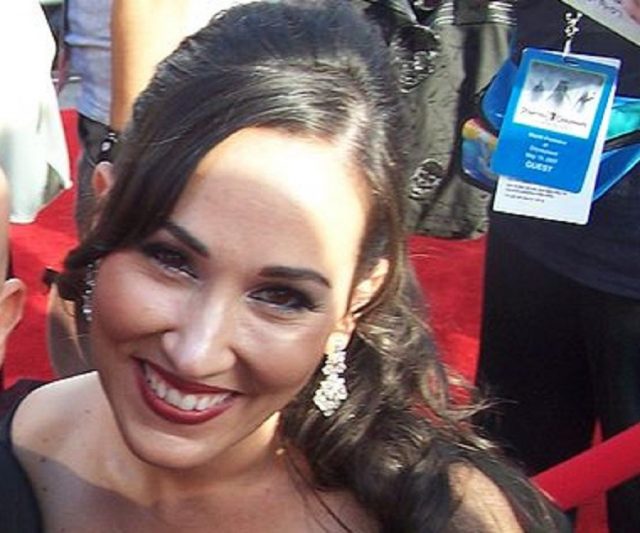 Meredith Eaton has a hourglass shaped body. Below is all her body measurements including height, weight, shoe size, dress size, bra size and more!

Meredith was born August 26, 1974 in Long Island, New York. She holds a college degree in interdisciplinary studies from the Hofstra University.  Her minor was a theatre though so you can see she was already pursuing that option as a career. Although there is not a plenty of roles available for little people, Eaton didn’t let herself be discouraged by her measurements and pursued her dream. She secured roles in Paranormal Activity 3, Family Law, and Boston Legal.

“I was always interested in working with people with disabilities, and in high school I worked with people who had Down Syndrome. That was for an agency called AHRC, Association for the Help of Retarded Children. Then I went to college, and throughout college I volunteered for AHRC.” (Meredith Eaton)

“Paul Haggis, who’s now a big movie guy, cast me as a lawyer in ‘Family Law.’ When that series ended, I thought that I would be going on more auditions and booking more jobs, but everything just came to a screeching halt.” (Meredith Eaton)

“I did a little bit of acting – some guest spots here and there. I got a job working as a therapist doing individual and group crisis intervention and family therapy. I did that for two years. I left to do ‘Boston Legal.’ So my psychology career has been interwoven into my acting career, and it’s my safety net and fallback.” (Meredith Eaton)

“My grandmother, Nina Eaton, founded United Cerebral Palsy. At the time that my father was born with it, there were no resources for people with the condition. So my grandmother and grandfather, who lived in Brooklyn, tried to reach out for some type of resource or support, and people just told them to institutionalize my father.” (Meredith Eaton)