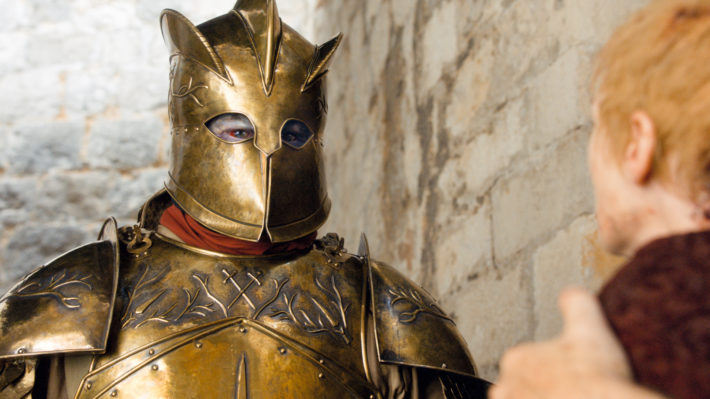 Ser Gregor Clegane is one of the most surprising characters in the HBO series Game of Thrones. Due to his massive body size he is called as ‘The Mountain’ or ‘The Mountain that rides’ in the series.

‘The Mountain’ is well known as for his strength capable of  tearing and smashing the heads of the characters in the show. The real name of present Ser Gregor Clegane aka The Mountain is Hafþór Júlíus Björnsson.

Hafþór beat a 1000-year-old record at the World’s Strongest Viking competition in Norway. He carried a 10 metre long 650 kilogram log for five steps for breaking the record kept by Orm Storolfsson.

Hafthor Julius Bjornsson came in the Mountain role in the fourth season of Game of Thrones. Conan Stevens and Ian Whyte played the role of Ser Gregor Clegane in the first and second season respectively.