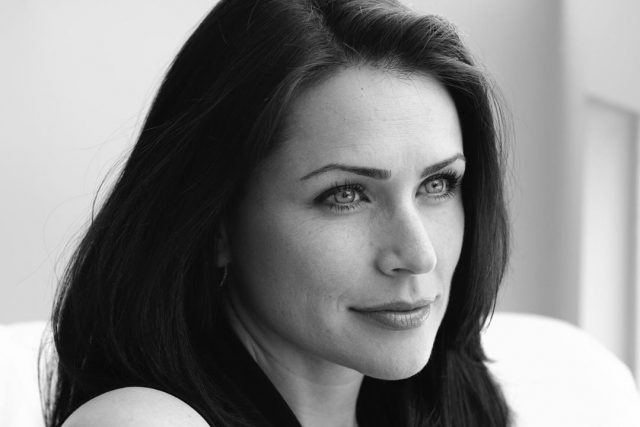 Rena Sofer has a banana shaped body. Below is all her body measurements including height, weight, shoe size, dress size, bra size and more!

Rena was born December 2, 1968 in Arcadia, California into the family of Jewish rabbi and psychology professor. She studied at at Montclair State College. The long list of TV shows she played in includes Melrose Place, Blind Justice, 24, and NCIS. Her first husband was Wally Kurth. They got divorced in 1997 after only 2 years of marriage. She currently lives with her second husband, director Sanford Bookstaver. In 2005, Sofer gave birth to their child named Avalon Leone.

I find that when you do yoga, you don’t crave unhealthy food. But I try to always let myself eat whatever I want. I have dessert or chocolate every day, but I’ll only have a few bites. I try to have a little bit of cereal in the morning, and then I always try to have protein for dinner, too. But I eat pasta and stuff like that.

I think that when Michelle Pfeiffer goes out, she’s exactly what I aspire to be – she always looks beautiful and sexy, but she never looks like she’s trying to be the center of attention.

I think ’24’ is a more mature audience, whereas ‘Heroes’ is a little bit younger. But I have to say, neither one is child friendly. My daughter doesn’t get to watch either show!

I’ve been very lucky as an actor. I have worked all the time. Some shows I do, they get cancelled. Some, they’re critically acclaimed, and then they get cancelled. And some, I’m in the last season of this or that. But I can’t complain about my career.

I’m one of those few actresses who works all the time, and even though I haven’t done a show that literally puts me on some kind of map – as in, that’s how I’m known and that’s how I’ll always be known – I’m very lucky.