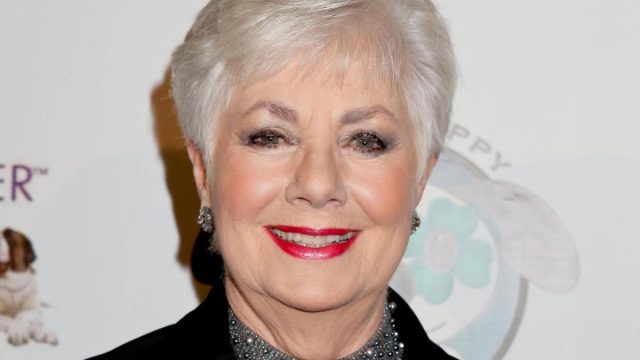 Shirley Jones has a hourglass shaped body. Below is all her body measurements including height, weight, shoe size, dress size, bra size and more!

Shirley was born March 31, 1934 in CHarleroi, Pennsylvania. Young Shirley soon proved her exceptional beauty when she won the Miss Pittsburgh beauty contest in 1952. She started auditioning for musicals and slowly transferred to Hollywood movies. Jones played in many movies, including April Love, The Courtship of Eddie’s Father, and The Secret of My Success.Her first husband was a fellow star Jack Cassidy. They raised three kids together but eventually divorced in 1974. After short dating, Jones married comedian Marty Ingels. This relationship was full of ups and downs but the couple stayed together until Marty’s death in 2015. She was still appearing on the screen in 2010’s.

“After I won the Oscar, my salary doubled, my friends tripled, my children became more popular at school, my butcher made a pass at me, and my maid hit me up for a raise.” (Shirley Jones)

“I feel very fortunate to have been associated with people such as Rodgers and Hammerstein. I think they were geniuses of their time.” (Shirley Jones)

“I’m a fan of Jerome Kern and Gershwin. That’s my kind of music.” (Shirley Jones)

“I had done 25 motion pictures prior to The Partridge Family and nobody knew my name.” (Shirley Jones)

“I wanted some family structure and stability, and that’s what The Partridge Family afforded me, not only financially but in the fact that I could be at home with my kids.” (Shirley Jones)