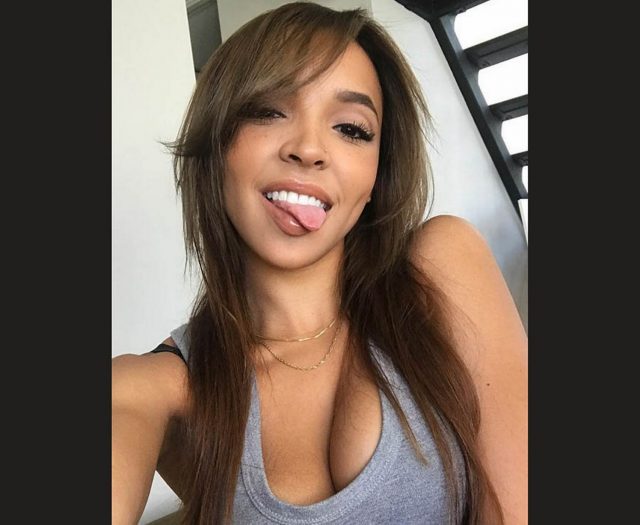 Tinashe has an hourglass shaped body. Below is all her body measurements including height, weight, shoe size, dress size, bra size and more!

Tinashe was born February 6, 1993 in Lexington, Kentucky. She has African, Danish, Norwegian, and Irish ancestry. She studied at Crescenta Valley High School and instead of pursuing college degree, Tinashe decided to focus full-time on her musical career. It proved to be a good decision in her case. From 2007 til 2010, Tinashe was a member of girl group The Stunners. In 2014, Tinashe released her first solo album named Aquarius. In 2015, she appeared on Nicki Minaj’s The Pinkprint Tour and Katy Perry’s The Prismatic World Tour which further increased her popularity.

Part of the reason I fell in love with dance so early was because of people like Janet Jackson, Michael Jackson, and Britney Spears. When they would dance onstage and in their videos, that was huge for me. I lived for that.

I take my craft seriously, of course, but I don’t feel the need to always play a certain character or a certain part or persona. I’m not going to cut something out of my life because it’s not ‘my image.’ I want to be open enough that if I love something, I can do it, and it will add to myself as an entertainer.

I’m the type of person that doesn’t like to wait for people to do things for me, and I never want to feel stuck. Why sit around and be like, ‘I wish my label would book me some studio time,’ if I can just buy my own studio equipment and figure out how to run Pro Tools and record it myself?

My dad was a theater actor, so he had an agent, and he brought me into his agency when I was maybe four years old. That was how I started. I started modeling, and it progressed from there.

For most artists, you take what you have and who you are, and then you expand on it to make it more entertaining. Everyone knows actors aren’t the same people that they play in movies, but people somehow expect musicians to be a certain way all the time!