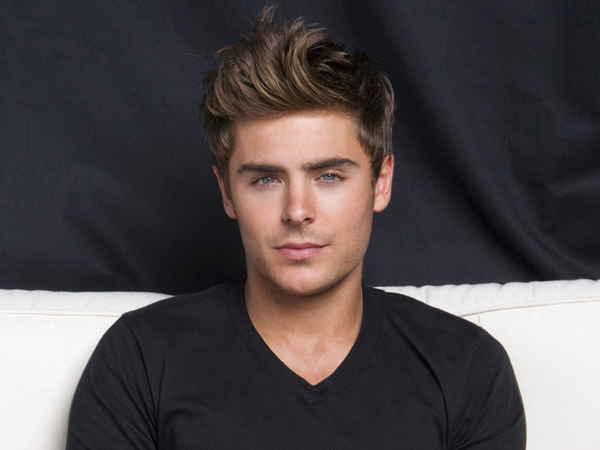 Zachary David Alexander Efron better known as Zac Efron is an American Actor, singer and producer. Born in San Luis Obispo, California in October 18, 1987, Zac was raised in middle class family. His father was an electrical engineer and used to work in power station, and his mother was a secretary who worked at the same plant. Zac’s father encouraged him to begin acting when he was just Eleven years old. As a child, he used to perform in shows like Peter Pan, Gypsy and The Music Man.

Zac began his professional acting career in early 200s where he was given guest roles on TV series like Firefly, ER and the Guardian. He also appeared on movies like “Miracle Run” for which he earned Young Artist Award nomination for his good performance. However, his career reached a high point when he was cast in musical television film “High School Musical” in 2006 alongside Vanessa Hudgens, Ashley Tidale and Lucas Grabeel. After his breakout performance, he was seen in several movies like 17 Again, Me and Orson Welles, Liberal Arts, The Lorax, The Lucky One, The Paperboy, Neighbors, We Are Your Friends and Dirty Grandpa. Zac is well-known for his general physique, Zac Efron height is estimated to be around 5 feet 8 inches or 173 cm. The dashing superstar has a weight of 75 kg or 165 pounds. His 15 inch biceps looks remarkable especially when matched with his chest and 32 inch waist. He admits that his regular workout and strict diet has helped to maintain his magnificent body structure

Zac is basically known for his relationship with Vanessa Hudgens. Vanessa and Zac performed in the High School Musical series, their relation went both ON and OFF screen. They started dating since 2005 and ended in 2010. According to hollywoodlife,the duo are getting back together.

When Zac was a kid he had a poster of supermodel, Tyra Banks on his bedroom ceiling.

Zac favorite movie is Dumb and Dumber and how many times he watches it, he always finds it funny.

If Zac could choose to be any animal he would be a kangaroo.

Zac revealed that he was a clown in the classroom.

Zac Efron Net Worth is valued to be around $20 million