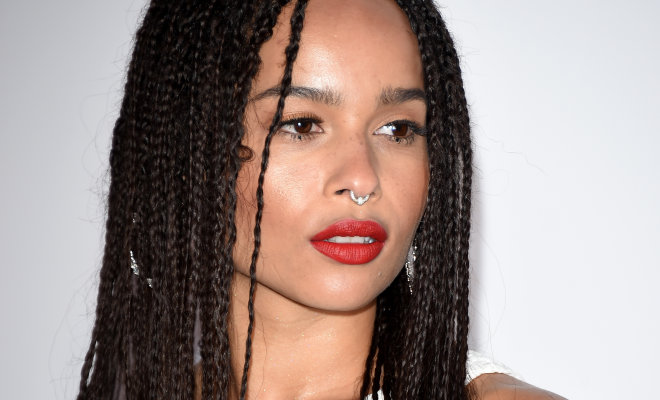 She is known for being a daughter of famous musician Lenny Kravitz and acting in the movies like No Reservations (2007), The Brave One (2007), and as Angel Salvadore in the superhero film X-Men: First Class (2011).

Her parents divorced when she was 5 years old.

She has appeared on magazines like Jalouse, Elle and Venus Zine.

Zoe got her first tattoo at the age of 18.